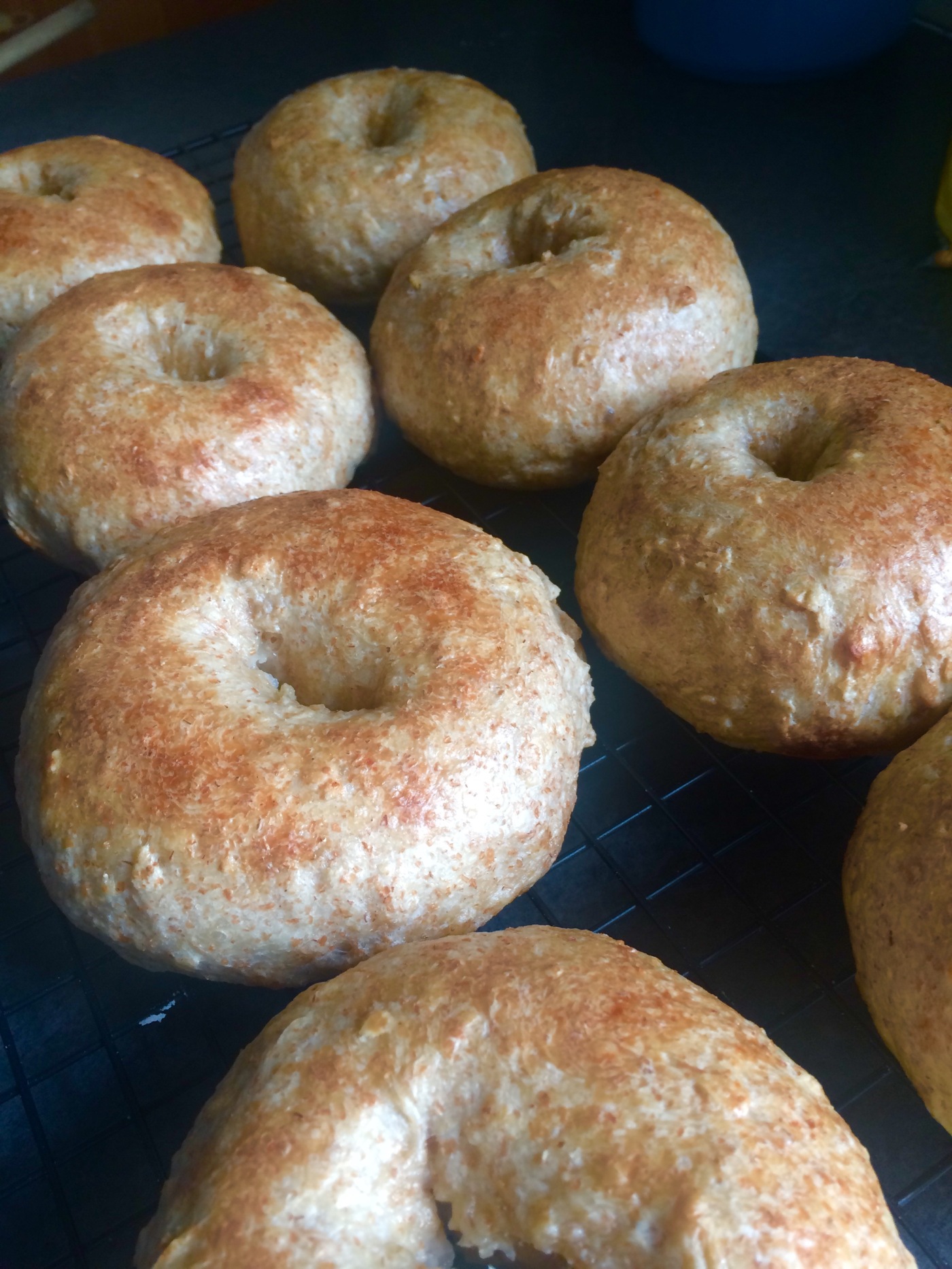 This is how I am making bagels these days:

I don’t use a proper recipe; it’s just a variation on my regular sourdough bread dough.

I start with boiled and mashed potatoes (about one medium potato for a batch this size.) Well, really I start with fairly hot tap water and about a tablespoon of honey, since the honey needs to be melted.  Then I add about a tablespoon of salt and maybe 1/2 to 3/4 of a cup of sunflower oil. And then the cooled mashed potatoes.  And then the starter. The amount of starter varies.  Stirred down it’s probably about a cup. 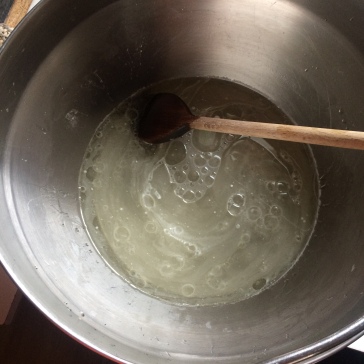 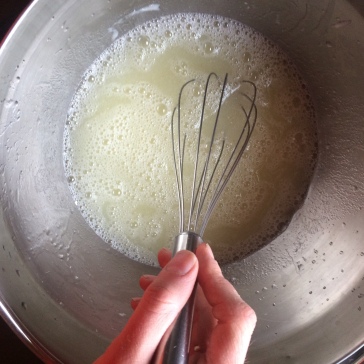 Then I add flour.  Yesterday I used mostly whole wheat, with some quick oatmeal and a bit of white (unbleached all-purpose) flour.  I keep adding flour until it gets nice and stiff.  Stiffer than you’d do for normal bread.

Once I have a nice stiff dough I put it in my covered pot (which is actually the bowl I just mixed it in) and put it in the warmed oven and let it sit for about two hours. 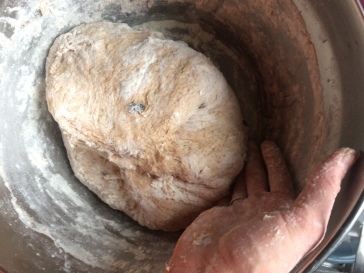 Next I get the dough onto the counter in a nice even blob and cut it into 16 fairly even pieces.  I roll them into balls like buns.  Then I let them rest while I oil the two cookie sheets and wash the pot/bowl.  Once they’ve sat for a bit and relaxed I poke holes in each one and set them on the cookie sheets so that they won’t touch each other.  Then I cover them with oily plastic (bags that are cut open to be plastic sheets) and put them in the fridge overnight. 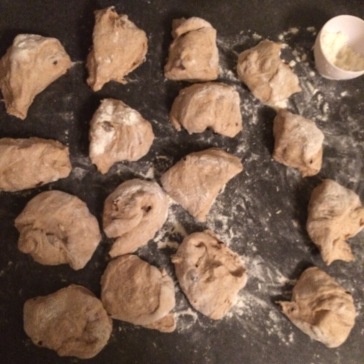 The next morning I start by taking the bagels all out of the fridge so they can warm up a bit, and I start half a big pot of water boiling with maybe a teaspoon of honey added to the water.  I also get the oven heating up to about 475 f.

(Here you see bagels in the pot, which is the same one I mixed the dough in, and then the unboiled bagels on the bottom left and the boiled ones on the top right.)

Once the water is boiling I put in three or so bagels.  They’re supposed to be dense so they should settle to the bottom first and then after a bit rise to the top.  I flip them over and let them be in the water for about two minutes at least.  Then I take them out with a slotted spoon and put them back on the oiled cookie sheets.

Once there’s a sheet full and the oven is hot I put them in the oven and let them bake until they look nice and browned.

A good breakfast for me and baby:

And these are yesterday’s, so they have oatmeal in them instead of raisins.